Tonight I’m Someone Else book trailer

Get to know Chelsea Hodson, who will read from her new essay collection, Tonight I’m Someone Else, on Friday, July 27th at Sash in Hillcrest (3753 Sixth Ave), alongside Melissa Broder, Ana Carrete, and Suzy Fincham-Gray, at the inaugural LAST EXIT reading.

Chelsea Hodson is the author of the book of essays Tonight I’m Someone Else and the chapbook Pity The Animal. She is a graduate of the MFA program at Bennington College and has been awarded fellowships from MacDowell Colony and PEN Center USA Emerging Voices. Her writing has appeared in The New York Times Magazine, Frieze Magazine, Black Warrior Review, and elsewhere. She teaches at Catapult in New York and at Mors Tua Vita Mea in Sezze Romano, Italy.

In an interview with The Believer, Hodson discusses the vicariousness that drives much of her decision making in the book:

I think that as an often passive person—who was a passive child, versus an active rules-breaking child—I’m interested in seeing things from other people’s perspective. I like reality television, for example. I find myself sucked in again and again purely because I think I’m attracted to the mundane. I really like the sensation of feeling like I’m momentarily living someone else’s life.

Hodson dwells in the body: with the drive for death, hunting for life on other planets, as a commodity, and also in the discovery of longing as a physical thing, as in her essay, “I’m Only a Thousand Miles Away.” 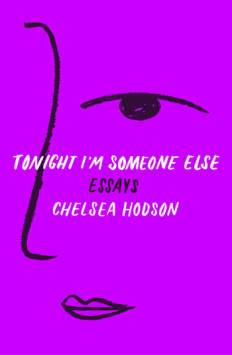 I knew how famous they were, and that they were in their twenties while we were only thirteen, but it’s hard to explain how close they felt. I filled an entire wall with magazine photos of the Backstreet Boys, and I looked at them with such focus and for such long periods of time that it became like a prayer. It was the first time in my life that I remember feeling physical side effects of longing–I preferred to ache than to feel nothing at all. Someday, I would reach out and touch Brian and he would touch me–but when?

(from “Only a Thousand Miles Away,” in Tonight I’m Someone Else, by Chelsea Hodson)

So looking forward to having Chelsea read in San Diego! 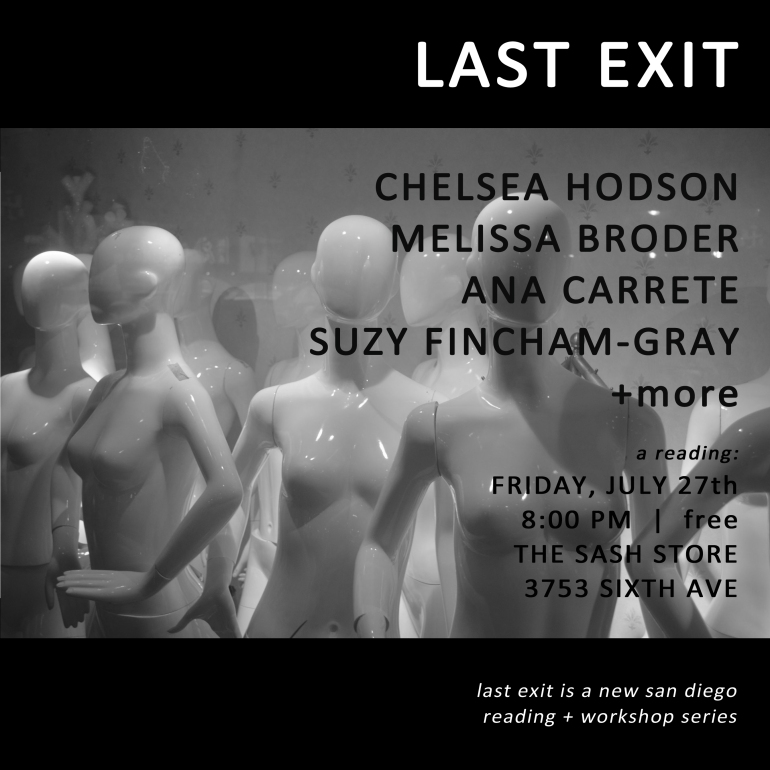