Kristen Arnett is a queer fiction and essay writer. She won the 2017 Coil Book Award for her debut short fiction collection, Felt in the Jaw, and was awarded Ninth’s Letter’s 2015 Literary Award in Fiction. She’s a columnist for Literary Hub and her work has either appeared or upcoming at North American Review, The Normal School, Gulf Coast, TriQuarterly, Guernica, Electric Literature, Vol. 1 Brooklyn, Bennington Review, Tin House Flash Fridays, The Guardian, Salon, The Rumpus, and elsewhere. She is represented by Pande Literary. Her first novel, Mostly Dead Things, is now available from Tin House Books. You can find her on twitter here: @Kristen_Arnett

Tommy “Teebs” Pico is author of the books IRL, Nature Poem, Junk, Feed, and myriad keen tweets including “sittin on the cock of gay.” Originally from the Viejas Indian reservation of the Kumeyaay nation, he now splits his time between Los Angeles and Brooklyn. He co-curates the reading series Poets with Attitude, co-hosts the podcast Food 4 Thot, and is a contributing editor at Literary Hub. He was a Queer/Art/Mentors inaugural fellow, 2013 Lambda Literary fellow in poetry, a 2017 NYSCA/NYFA Fellow in Poetry from the New York Foundation for the Arts, was awarded the 2017 Friends of Literature prize from the Poetry Foundation, won a 2018 Whiting Award, and he’s been profiled in Time Out New York, the New York Times, and the New Yorker. 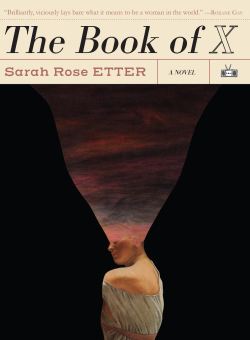 Sarah Rose Etter is the co-founder of the TireFire Reading Series, and a contributing editor at The Fanzine. She has also served as an arts columnist at Philadelphia Weekly. She has been awarded residences at Disquiet International program in Portugal and the Gullkistan Writing Residency in Iceland. She earned her B.A. in English from Pennsylvania State University and her M.F.A. in Fiction from Rosemont College.

Lilliam Rivera is an award-winning writer and author of the young adult novels Dealing in Dreams (March 2019) and The Education of Margot Sanchez (February 2017), by Simon & Schuster and available in bookstores everywhere. Dealing In Dreams has been featured in Teen Vogue, PBS Books, Los Angeles Times, Bustle, among other outlets, and has received starred reviews by the School Library Journal and Booklist. The Education of Margot Sanchez was nominated for a 2019 Rhode Island Teen Book Award, a 2017 Best Fiction for Young Adult Fiction by the Young Adult Library Services Association (YALSA), and has been featured on NPR, New York Times Book Review, New York magazine, MTV.com, and Teen Vogue, among others. She is a 2016 Pushcart Prize winner and a 2015 Clarion alumni with a Leonard Pung Memorial Scholarship. Lilliam has also been awarded fellowships from PEN Center USA, A Room Of Her Own Foundation, and received a grant from the Elizabeth George Foundation and the Speculative Literature Foundation. Her short story “Death Defiant Bomba” received honorable mention in Bellevue Literary Review’s 2014 Goldenberg Prize for Fiction, selected by author Nathan Englander. She recently received honorable mention in the 2018 James Tiptree, Jr. Literary Award. Lilliam’s work has appeared in The New York Times, Elle, Lenny Letter, Tin House, Los Angeles Times, USA Today, to name a few. She has been a featured speaker in countless schools and book festivals throughout the United States and teaches creative writing workshops.

Mike Sakasegawa is a writer, photographer, book artist, and the host of the arts and literature podcast Keep the Channel Open. His writing has appeared in Catapult, PetaPixel, and Don’t Take Pictures Magazine. His photographs have been featured on Lenscratch, A Photo Editor, and SD Voyager, and included in several group exhibitions. Originally from California’s Central Coast, he now lives in San Diego with his family.